Disposable is several multi panel photographs depicting abandoned furniture and belongings in the western landscape. The work is both biographical and social in content. I explore the link between time, space and human interaction in the places we inhabit. The images are as much about the objects depicted as they are about the places they are in. Our disregard for the environment is evident in the abandonment of our own personal possessions.

The title refers to the valuelessness society holds on its personal effects and the feeling this creates towards not only the environment but to one another as well. What was once held as a personal space or belonging is transformed into an unnatural addition to the land creating a scene that initiates loss, abandonment and an unsettling nature.

The goal of Disposable is to use photography in a way that elicits multiple reactions from the viewer by depicting these scenes in an unconventional way through the use of multiple imagery, selective focus and intense control of the depth of field. The viewer is first presented with an image that may appear to be that of a traditional landscape, but the scene is divided up into three or four panels, and it is these panels that create incongruent and offset perspectives which invoke a sense of unnatural balance.

The main theme that carries its way through each picture is a balance between the ugliness of the object, which is more often than not abused in one way or another, juxtaposed with the beauty of light and color saturation. This creates a scene which is at first pleasant to look at but quickly turns to uneasiness and bewilderment. 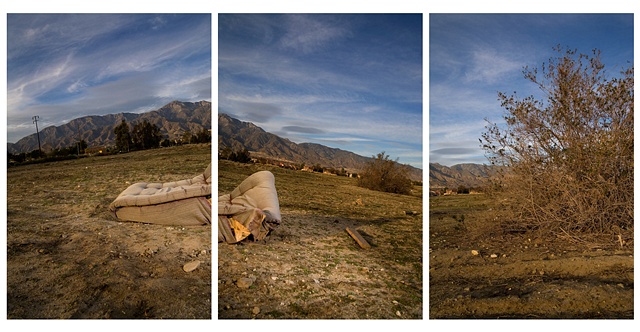 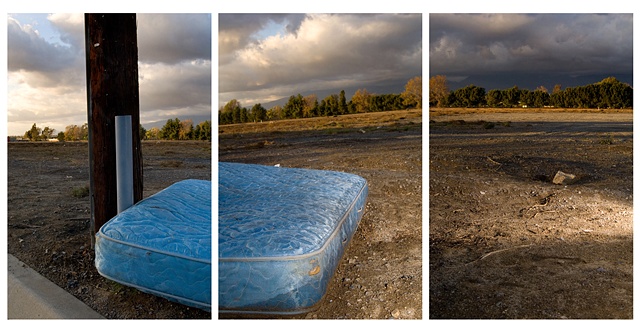 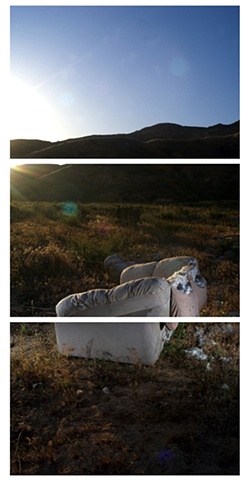 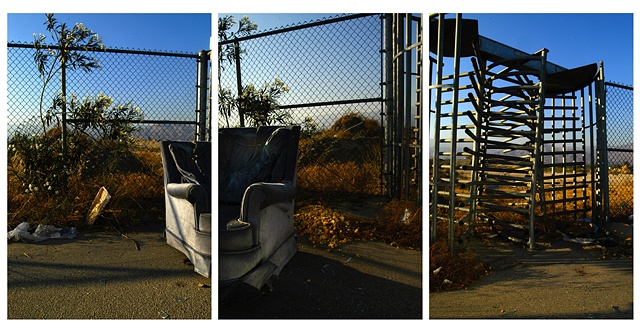 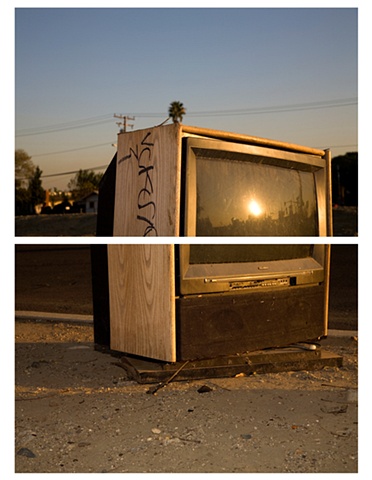 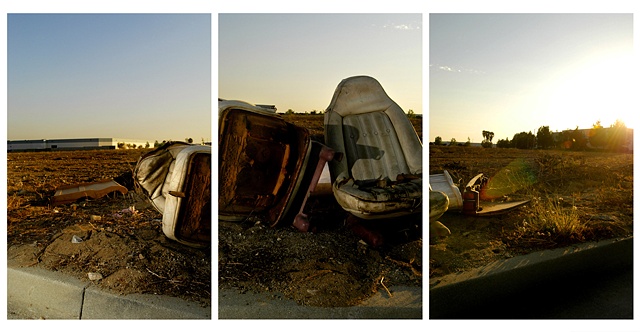 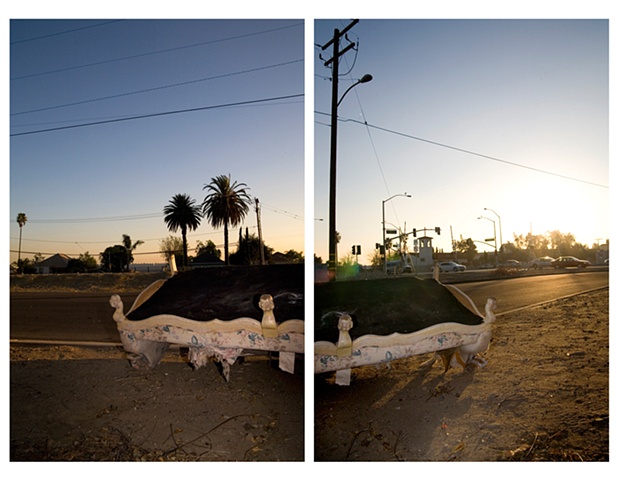 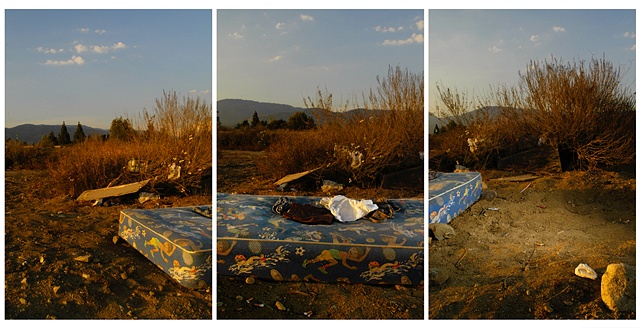 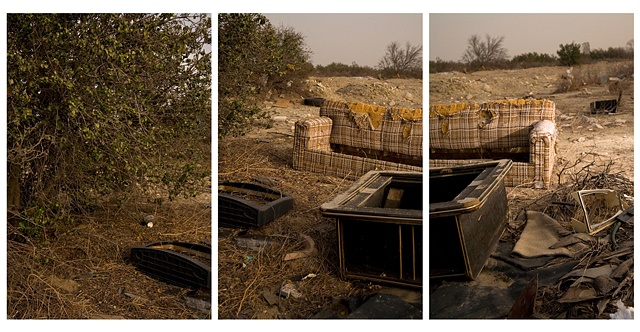 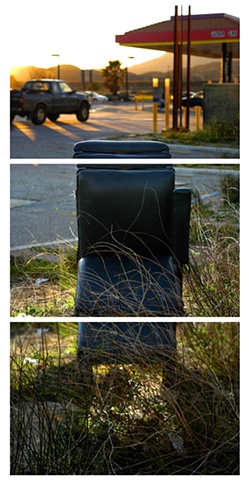 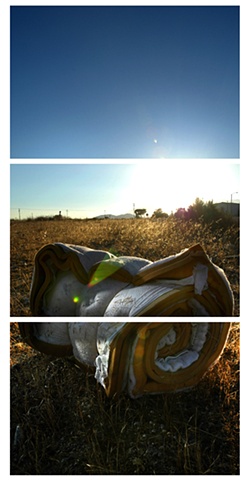 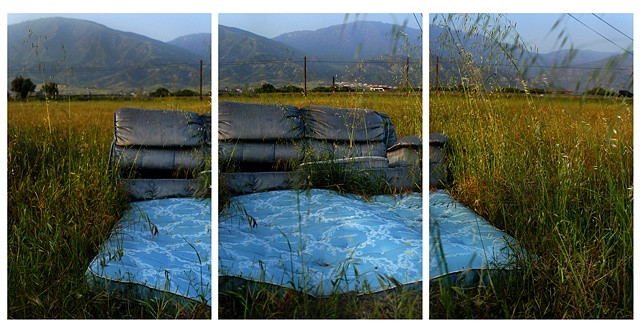 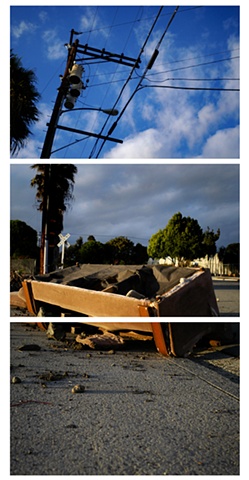 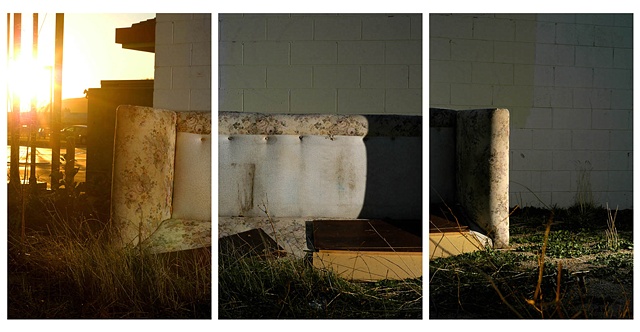 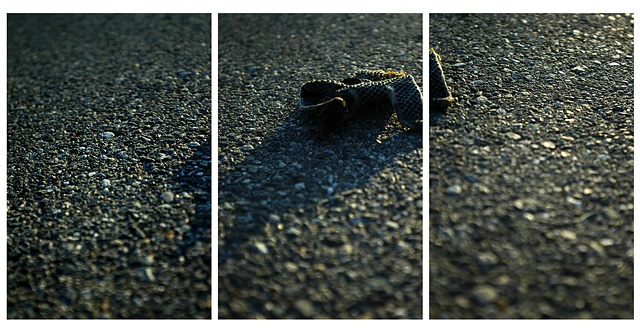 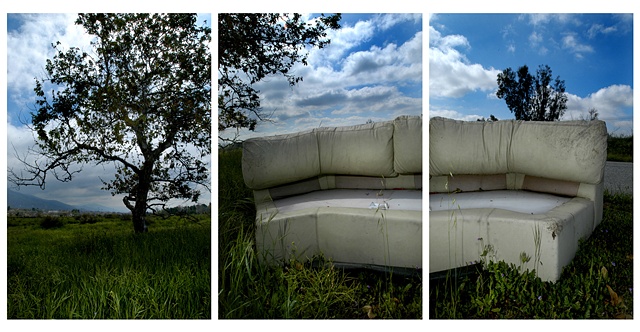 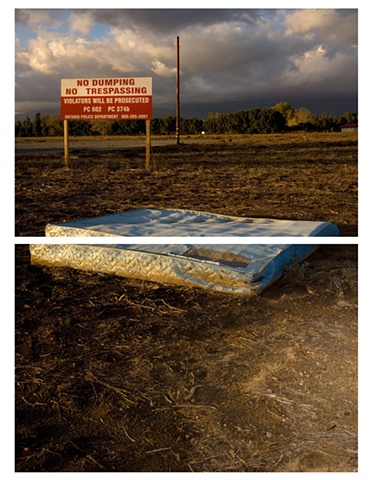 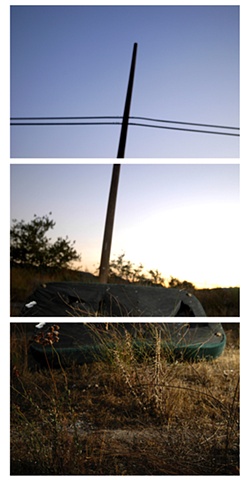 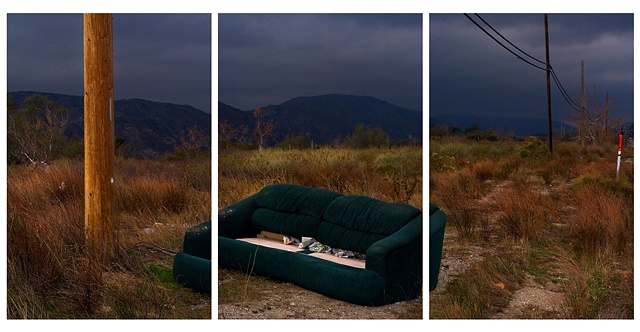 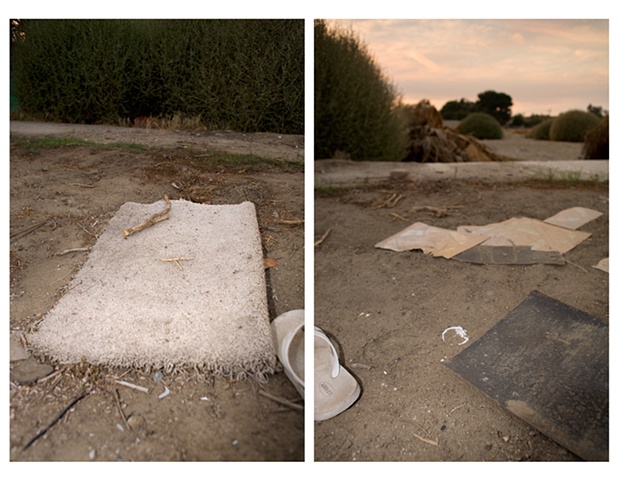 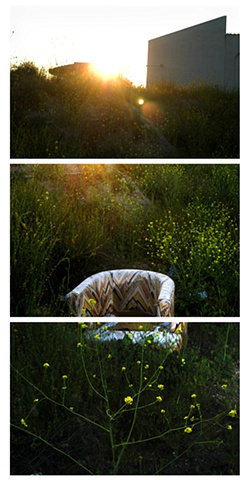 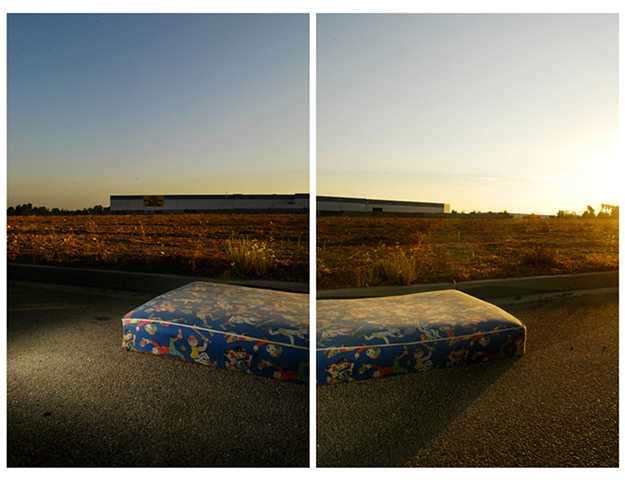 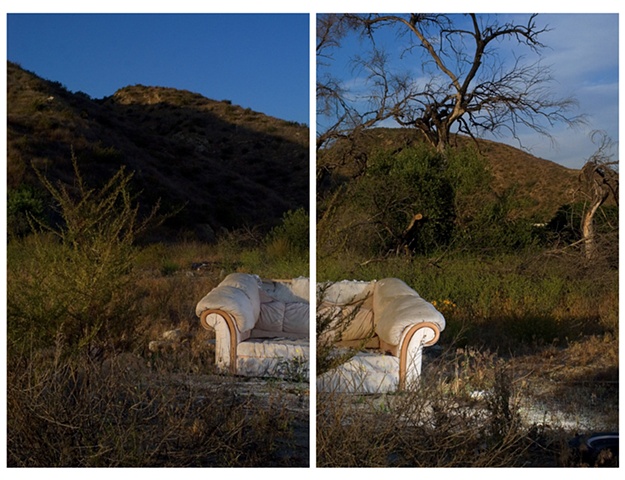 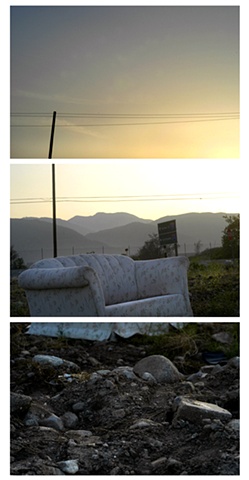